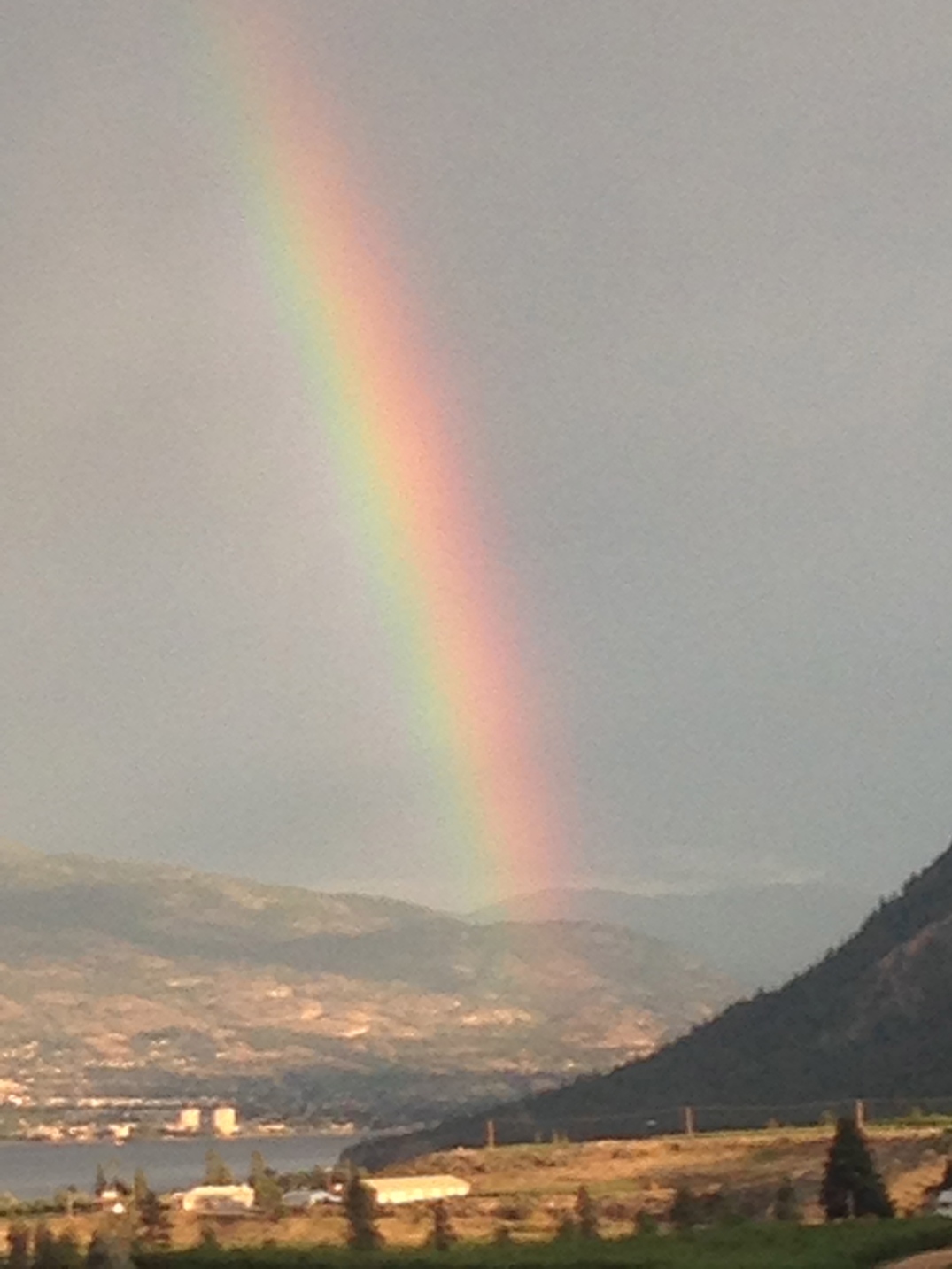 When there has been a good lightening storm over my house in the Okanagan, and the rains have been emptied from the skies, there is a time shortly after the powerful rumbles and strikes move on, that you can hear the rain slowing down to a few plunks on the eaves, and the sun peaks out from the clearing skies.

I’ll wander outside and smell the earth as only you can in the summer and often to my delight, a double rainbow will stretch across the lake. I remember as a young girl, peddling towards the rainbows end, for the pot of gold that must lie hidden, only accessible to those who can see the magic.

The heat and cold, rising and falling, water and wind churning to make electricity and roaring together to rain upon the earth replenishing the soil and lakes and seas, and then with the work done, celebrating with seven colours kissed by the sun.

Our Midlife and the rainbow have much in common. Both, only created after all of nature’s elements- Fire and Earth, Air and Water have participated through unsettling times and  cleansing, to reveal incredible beauty and a sense of peace and calm.

Rainbows may appear on the horizon as perfectly shaped arches, yet are rather full circles, with the lower half hidden from view. Midlife also has it’s sweet secrets, invisible to those not yet there.

Rainbows, like Midlife, most often occur as the day is winding down, and the sun is at a lower angle in the sky. The timing of the two, allows us to see this palette in the sky, not visible to our younger eyes earlier in the day.

Like Midlife, no one see’s a rainbow, exactly the same way. All our vantage points create slightly different horizons from which we gaze. Optical illusions to some.  Natural phenomena’s of hope and joy to others.

The Cherokee believed that rainbows formed the hem in the sun’s coat. I like that image. Our Midlife can be our greatest masterpiece, reflections of different beautiful possibilities, all building our bridge to the other side.